One of the intriguing questions about the early church is the nature of the relationship between Paul and Peter. Without doubt both men, committed Christian leaders, made a huge impact upon the shape of the Christian church. Their writings document this clearly. Yet, their pathway into faith and leadership in the church are very different – Peter, the Galilean fisherman and Paul, the rising Jewish scholar and leader. One followed Jesus from the beginning; the other became a follower of Jesus only after seeking to destroy the memory and mission of Jesus following his death and resurrection.

Paul provides the most detailed information about their relationship in the first two chapters of his letter to the Galatian churches. Luke complements what Paul provides in Acts 9-15. In his second letter Peter does mention Paul and the value of his writings in the church, even though they contain things hard to grasp (2 Peter 3:15-16), but he regards him as “a beloved brother.” Luke makes it clear in the early chapters of Acts that Peter became the de facto leader of the church immediately following Pentecost. However, when he was forced to leave Jerusalem because of threat of death, James, the brother of Jesus, steps into that role. So it is that in Galatians 1-2 Peter and James along with John, and Paul in his partnership with Barnabas, form the two primary leadership teams in the early church, around 50 AD. 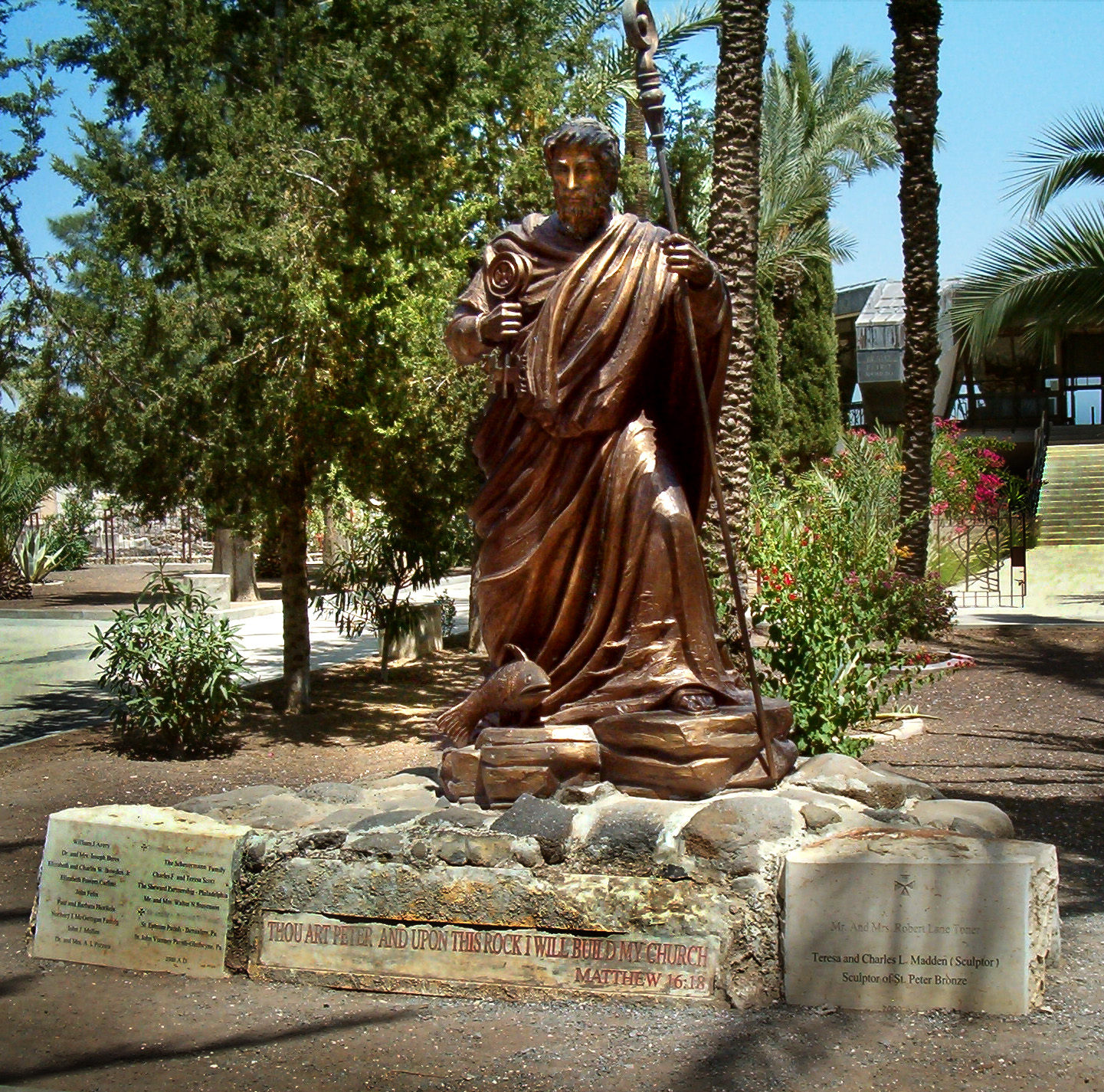 But how did Paul first meet Peter and what was the purpose of this meeting? We only have Paul’s account of this, found in Galatians 1:18.1 According to his recollection his first encounter with Peter happened in Jerusalem, three years after his dramatic conversion. Paul emphasizes the time factor because he is establishing that he “did not even receive it [the Gospel] from a human person, nor was I taught, but through revelation of Jesus Messiah” (Galatians 1:12). His first contact with the apostles of Jesus and Peter in particular occurred three years after the Damascus Road revelation of Jesus as risen Lord to Paul. The point is that Paul’s understanding of the Gospel comes directly from Jesus, as the apostles’ full understanding of that same Gospel came directly from post-resurrection encounters with the risen Lord. When the three leading Jerusalem apostles “add nothing” to Paul’s grasp of the Gospel (Galatians 2:6), they agreed that Paul too “was entrusted with the Gospel” (Galatians 2:7).

Paul says that his initial interaction with Peter came upon his own initiative. He “went up to Jerusalem to inquire (historēsai) of Cephas” “(Galatians 1:17) and visited with him for fourteen days. What exactly happened during those exchanges is confined to our interpretation of this verb historēsai, variously interpreted as “visit” (NRSV), “get acquainted with” (NIV), “get to know” (NLT). Paul’s use of this word indicates that his visit was more than a social call. But can we be any more specific?

The verb has various uses. People used it to describe their desire “to enquire” of the gods some direction or desired outcome. For example, in a IV/III B.C. inscription a woman named Nikokrateia “enquires (historei), to which of the gods she should sacrifice in order to be better and stronger and cease from her illness.”2 Herodotus (5th century B.C.) used the cognate noun to mean “presentation of research (historiēs apodexis).”3 It takes on the sense of a “narrative” presentation that is based upon enquiries a person has made. This probably is the meaning of the verb in 1 Esdras 1:31 (CHASAOT) where it says that the actions of King Josiah “have been recorded (historētai) in the book of the kings of Israel and Ioudas.”4 A narrative account of Josiah’s reign is provided in that document, according to the author of 1 Esdras. The writer of 2 Maccabees notes the challenge of figures and details that face a person who composes “narratives of history (tēs historias)” (2:24), using the noun.5

Moulton and Milligan reference several inscriptions that were made by people who visited (historein) a specific site or region and because of what they observed and discerned they express amazement (thaumazein).6

A third sense can be traced in writings contemporaneous with that of Paul’s letter to the Galatians, namely “to visit for the purpose of making someone’s acquaintance. Josephus says that he “became acquainted (historēsa) during the war” with Julianus, a Bithynian centurion in the Roman army.7 When he retells the story of Lot’s escape from Sodom, Josephus says he “has visited and become acquainted (historēsa) with this pillar which remains to this day.”8 The sense of the verb is that Josephus was acting almost like a tourist, visiting ancient remains, but his intent probably was somewhat more serious.

It seems that we have at least two options to consider when seeking to define this verb’s usage in Galatians 1:18. On the one hand, Paul could be saying that he visited Peter with the intent of becoming acquainted with him and his experience in the Gospel. On the other hand, Paul may be saying that he went to give an account to Peter of what his own experience in the Gospel had been. Given that this was their first meeting, perhaps a bit of both occurred during this encounter. Paul uses this verb to express the personal discoveries and interchange of information that both enjoyed during this fourteen day visit. We might calculate, based on the information Paul shares in Galatians 1-2 that this initial meeting occurred around 37-38 AD.

The information we have about the interactions among the early Christian leaders is very meager. So we must consider every piece of data that we possess in order to define these relationships as accurately as possible. Paul considered it important to establish a relationship with Peter and probably James, leaders in the new Christian community.